The New Trend in Water 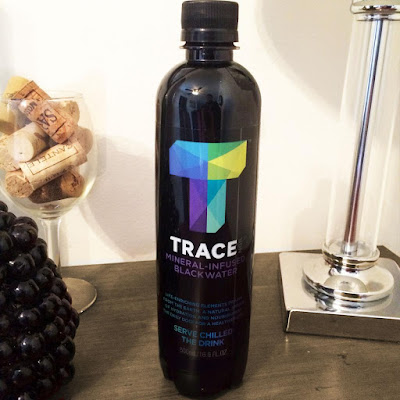 In case you haven't heard, there is a new trend rising in the health community...and that trend is blackwater.  I discovered blackwater during my last shopping trip, when I spotted its sleek black bottle design standing out in a crowd of colorful juices.  Naturally, like a moth to flame, I had to check it out.  According to the label, "Trace Blackwater is an oxygen-rich, multi-mineral water that tastes just like pure water, despite the fact that it's jet black." Wait, what?  Sure enough, the bottle was not black like I had initially assumed...it was the water.  Slightly off-putting (seriously, it's black water), but I decided to purchase it anyway.  I'll try anything once.

Blackwater's dark color comes from the addition of fulvic acid, produced by the biodegradation of organic matter.  Sounds delicious, right?  One would think that our soils - and consequently our vegetables - would be rich with such a mineral, but poor agricultural practices have led to its depletion over the years.  That's the claim anyway.

As for its health benefits, the TRACE company has this to offer:

Oh, and it also cures hangovers.  What doesn't it do?

The company's website makes many more claims about "fueling and healing," stating the consumption of blackwater replenishes depleted muscles and reduces post-performance pain. It all sounds well and good, and one might even be convinced to start drinking this stuff by the bucketful...but is it really all it's cracked up to be?  Health experts and dietitians don't think so.

Fulvic acid is not required in humans, and there is no scientific evidence that fulvic acid additives enhance the nutritional benefits of water in any way, shape, or form. Drinking it won't hurt you and it looks pretty cool, but it's really more of a fancy gimmick than the "miracle" it claims to be.  I give the TRACE company kudos for their design and marketing strategies, but I think I'll stick with my clear (and free) tap water for now on.
Posted by Krystal at 12:44 PM

Email ThisBlogThis!Share to TwitterShare to FacebookShare to Pinterest
Labels: health