The Art of the Conversation Starter 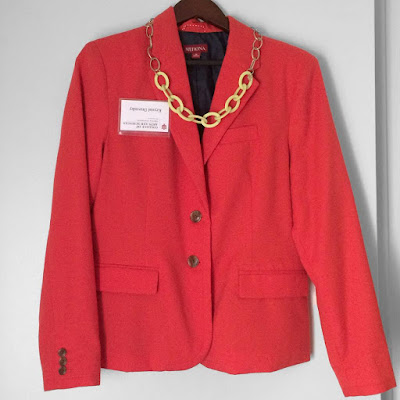 There have been a lot of situations I've had to adapt to since entering my twenties, and one aspect of this stage of life that I went into feeling completely unprepared for was networking. Everyone has heard the adage "it's all about who you know," and the only way to get to know someone is through networking and having a conversation.  And the conversation is key.  Can you imagine being the president or CEO of a company and being bombarded with "Hi! Are you hiring?" or "My name is _____.  I want to work for you!" everytime you walked into a room?  The idea is to leave a memorable impression with people, not exhaust them.

Now, if you're a confident, outgoing individual that thrives in social situations, networking might come pretty easy to you.  If you're like me and have had to overcome debilitating shyness throughout your life, then going up to a stranger and introducing yourself sounds like the equivalent of waterboarding.  For me, personally, the introduction is always the most difficult part. I feel insecure and awkward and I'm afraid I'll say the wrong thing, but that all fades away as soon as I start talking (it helps if I'm passionate about what I'm talking about, too).  As networking has become more of a frequent event in my life these last few years, I've developed and learned a few techniques for inviting organic conversation into the networking situation, and when done correctly, they can lead to some pretty cool stories and opportunity.

You may look polished and professional, but it's going to be hard to stand out in a crowd if you're just wearing black pants and a basic blouse.  Now, I'm all for a wardrobe of classic staple pieces, but that's because it sets the foundation for bold accessories.  A loud statement necklace, a fierce pair of shoes, a great handbag...these can all be conversation starters.  And men need not feel excluded because the world of patterned socks, colorful neckties, and power watches is at your disposal.  I'm telling you from experience, the statement piece to your outfit is a proven method for conversation.

When I attended ICFF in New York City a couple summers ago, I walked in to the Javits Convention Center with complete tunnel vision.  I had heard that Jonathan Adler was going to be there, and it was my mission to find him.  I was going to breathe the same air as Jonathan Adler. Now, I'm not sure if you've ever been in Javits or ICFF itself, but it's a big place.  There were over 500 booths, and I had walked what felt like hours with no reward.  Well, that's not completely true.  The show was amazing and mind-blowing, but I was on a mission.  And then something amazing happened.  A man tapped me on the shoulder (I may or may not have hugged my purse closer to my body...this was NYC afterall), and when I turned around I saw that he was slightly out of breath.  Clearly this stranger had chased me down, so naturally I assumed I had dropped something and he was kindly trying to return it to my possession.  But no.  Instead, the man said to me, "I'm sorry, miss, but I just have to know where your necklace is from!"

To this day I still question why a man was so interested in my jewelry, but it ended up being the catalyst for a great conversation.  I told him where I got the necklace, the story behind getting it, and he found it all interesting enough that he invited me back to his booth to talk about his latest furniture collection and the design process behind each piece.  That booth turned out to be Jonathan Adler.  I never got to meet Jonathan himself (turns out he was actually out of the country), but I was talking to and learning from his right hand man...and isn't that just the next best thing?  I got inside information into the mind of Jonathan Adler, and I was even let privy to some hilarious office gossip.  It was an experience that I will never forget. And to think...it all started with a necklace.

Just like Elle Woods has the bend and snap, you can have your secret weapon for getting someone's attention, too.  I was recently at an event where a designer (Kia Weatherspoon from Determined by Design) gave the keynote speech, and she shared some of her favorite conversation starters.  One technique of hers that I loved was to purposefully wear your name tag upside down.  Chances are that someone is going to come to you and say, "Oh, did you know that your badge is upside down?" and you can respond, "Oh my gosh, thank you for letting me know! By the way, my name is..." and then you introduce yourself and go in for the handshake. It's genius.

3. Have a signature something

This is a lot like wearing a statement piece, but having a signature something can be really important in starting a conversation and getting people to remember you. Whether you always go to events wearing a bright color or have a signature hairstyle, that can be the thing that sticks in someone's mind and has them coming back for more when they run into you again.  For me, it's my name.  Even before I knew the significance of having a signature, I would introduce myself saying, "Hi, I'm Krystal.  That's Krystal with a K." It's so simple, but it really sticks with people. I can't tell you the number of times I've been stopped by someone and heard, "Well, if it isn't Krystal with a K!"  It's hard to pinpoint when, but at some point in time it stopped being an introduction, and just became another part of who I am. So much so that I even named this blog after it.

4. Use social media to your benefit

Facebook, Twitter, Instagram, LinkedIn...these social media platforms were created so you could connect with people and do it from the comfort of being behind a computer screen.  Remember that necklace that got the attention of the designer from Jonathan Adler?  I had actually received it as a gift from the jewelry designers at Towne & Reese after I tweeted them a picture of my final studio project, which had been inspired by their product.  And that event I recently went to and heard Kia Weatherspoon speak at?  I didn't get to meet her in person like the rest of my friends because I was held up in my portfolio review, so I PhotoShopped a picture of us together and posted that on Instagram.  Kia saw it, loved it, and reposted it on all her social media channels. She thought it was funny and memorable and not creepy at all (something I had feared), and she even offered to schedule a Skype session with me (oh my god, would this work with Beyonce?!)  The point is, social media works.  You just have to know how to use it and use it wisely.

Everytime you like, comment, subscribe and follow, you are telling that person that you are interested in them.  And who knows, they may be watching and have an interest in you as well. That's why it's so important to keep your profiles public: you don't want your first impression with a person to say that you've got something to hide.  And if a company is large enough, chances are that they are going to use the Wayback Machine or similar software to screen their employees...so they are going to see everything you ever hid or deleted anyway. Moral of the story here?  If you don't want Grandma or your boss to to see it, don't post it.  Is that really so hard?

This is my last tip, but one of the most important.  Anyone can tell a business owner or executive that they enjoy that person's work, but what exactly is it that you like?  Doing your research and proving that you were interested enough in someone to do a Google search and learn a little bit about them really says a lot, and it can open the door for great conversation and questions.  Plus, the longer that a person talks to you, the more memorable you're going to be at the end of the night.  A conversation starter is no good if you don't actually have the following conversation to back it up.

Email ThisBlogThis!Share to TwitterShare to FacebookShare to Pinterest
Labels: life