As of last week, it has officially been six months since I made the move from small town Indiana to Dallas, Texas. Holy shit, right? I have no idea how in the hell that happened. It seems just like yesterday that I was unpacking boxes and hunting for a sofa that met all of my high expectations. I still haven't even broken that sofa in, and it's already been six months. Where does the time go?

Before I moved to Dallas, the last time I had ever been to Texas was when I was two years old. Undoubtedly, I am not a genius by of any stretch of the word, so my baby brain left me with zero memories of the place. Every experience I've had here has been seen through a bright and shiny new lens, and I can now say without a doubt that I've grown quite fond of the hue. There was a brief period of time where I wasn't sure I would ever feel a part of this place, but now I don't want to leave. Like ever. You'll have to drag me away screaming.

Now that Dallas and I have been acquainted for half a year (sorry, I can't get over that), I've been reflecting a lot on my transition. It wasn't always easy, but I'm finally ready to be honest and admit that it wasn't easy. 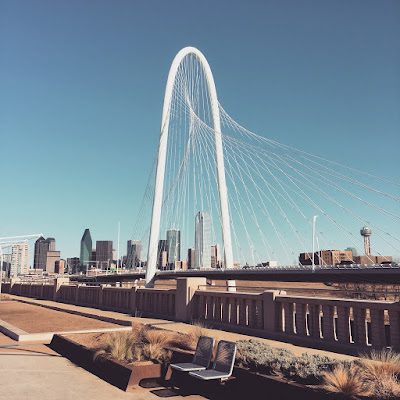 October - Month #1
Everything is new. The city is new. The job is new. The apartment is new. All the things in the apartment are new...and the apartment is still pretty damn empty. The only bit of familiarity I have around me is my clothing, but shirts and pants don't help you feel at home. Every night I return from work and feel like I'm walking through a stranger's door. I go back to Indiana for a weekend, and when people ask how I'm liking Dallas, I respond "I'm lovin' it!" It feels a little bit like a lie and a lot like a McDonald's ad campaign.

December/January - Months #3 and #4
The unsettling new-ness has officially worn off, and now there is a hum of excitement and potential lying beneath the surface.  I finally feel at ease around my coworkers, thanks in most part to a wildly fun Christmas party where the "real me" made an appearance (thank you, vodka).  My apartment has furniture, and I love everything about it.  Now when I get home from work and walk through the door, I arrive to a sight that is 100% my personality and everything that once felt new now feels like me. I also now use the word "home," which is nice.  It feels right.  This time when I go back to Indiana for the holidays, I am not lying when I say "I'm lovin' it!"

April - Month #6
I've been working a lot, but I love my job (like, I really love my job). I love the people at my job even more. My social calendar is more jam-packed than it has ever been in my life, but I could not be more content with the group of friends I've surrounded myself with. When I go back to Indiana for a bridal shower and people ask if I'm feeling homesick, I respond "No!"  It's not because I don't miss my family and friends (and my dogs, mostly my dogs), because I do. It's because I'd now rather have them come to me than me always going to them. I want to show off this place that is my home. I now have favorite spots in Dallas, but discovering new restaurants and parks and places is always exciting. I feel like I could devote my whole life to exploring Dallas' offerings, and I would never get bored. 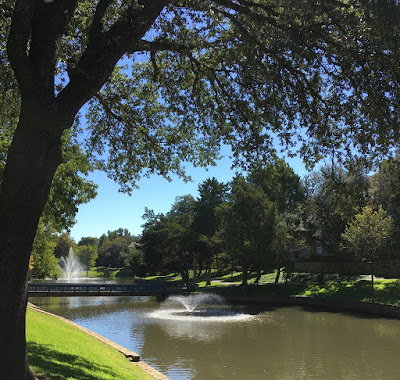 So what's the actual city of Dallas like in a nutshell? Here's a newbie's perspective:

1. Diverse. No one in Dallas is actually from Dallas.  We're all transplants from some other place in the world, and the mix of cultures everywhere you look is amazing. Also, restaurants serve things like "Japanese Peruvian Fusion" and it's as wonderful as it is odd.

3. The weather is batshit crazy. I once went out to dinner and the temperature was 85 degrees when I arrived at the restaurant. When I left the restaurant, it was 65 degrees outside. By the time I got home, it was below 40 degrees. Science has failed in explaining these acts of nature.

4. The weather is really, really batshit crazy. It likes to rain on weekends. Every weekend, and the storms can justifiably be described as "tsunami like." By mid-afternoon, there will be no sign that the world was almost ending early that morning.

5. The hair is big in Texas, and the price tag is even bigger.  I normally get my hair trimmed every six weeks, and I'm currently going on seven months.  My hair hates me for it, but the average cut and color in Dallas costs $300 or more. No, thanks. I'll just continue looking homeless.

6. People are ridiculously friendly here, but there are a few assholes, too. An UberEats driver once threw my food out his car window while he drove by me at high speed. I like to think that he's not from here, because everyone else I've met has been sweet as sugar.

7. Texans love their tacos.  Maybe I wasn't going to the right places, but if you go to a Mexican restaurant in Indiana, chances are pretty high that the taco will not be the most popular thing on the menu. In Dallas, I can walk down the street and encounter five restaurants within two blocks that specialize in only tacos. And queso. It is shameful to order tacos without queso.

8. Phenomenal, cosmically large vehicles. Itty bitty parking space. Every one drives an SUV, or one of those super big, mega "Texas Edition" Chevys. The only parking spots available will be marked "Compact Cars Only." If you're lucky enough to find parking, be prepared to flatten yourself like a pancake in order to squeeze out of the four inches you have between your car door and the monster truck next to you.

9. Everything here is an event. Even grocery shopping. The women here have their hair teased to the heavens and their strappy heels on foot at all times. The lipstick is major, and I can promise you that Sephora is never going out of business in a place like this.

10. Grackles. Grackles everywhere. Had someone told me about the grackle problem in Dallas, I can't say that I would have ever moved here. Don't know what a grackle is? It's a soulless, black bird with a stare that can kill, a "gives zero fucks" attitude, and the voice of a robotic Satan. It likes to travel in flocks of 200, and it fears no one and nothing. They particularly like to hang out at Target, so I now never shop at Target.

And just because I can't leave it here on a negative note:

11. Opportunity is abundant.  Regardless of your passion, there is something here that will cater to it. You're the one holding yourself back if you can't make a living (or at least a decent hobby) out of doing what you love. Just go out there and find it.
Posted by Krystal at 12:00 PM 1 comment: